Once you have created a gate you will be shown the embed codes for using a gate in a page. You should also see a button to immediately show a preview of the form. 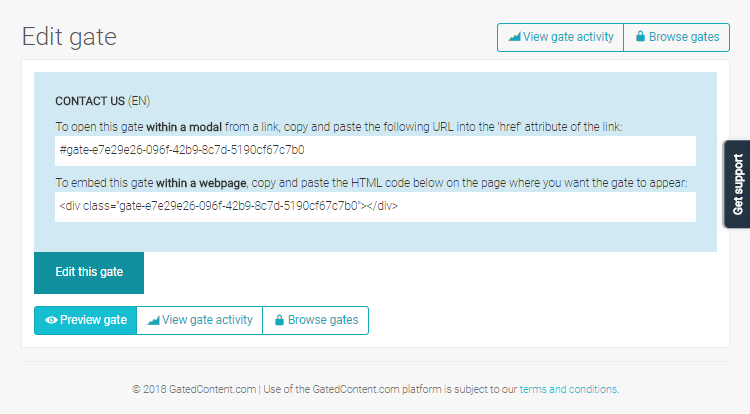 When deploying a gate, you can use one of two embed methods. Each method has its own embed code for each gate.

Modal deployment
A modal gate (a gate that appears over the page as an overlay) is triggered from a link on the page. To deploy a gate like this you simply use the embed code provided as the HREF of the link you want to use. The A tag used can be around a piece of text or an image. 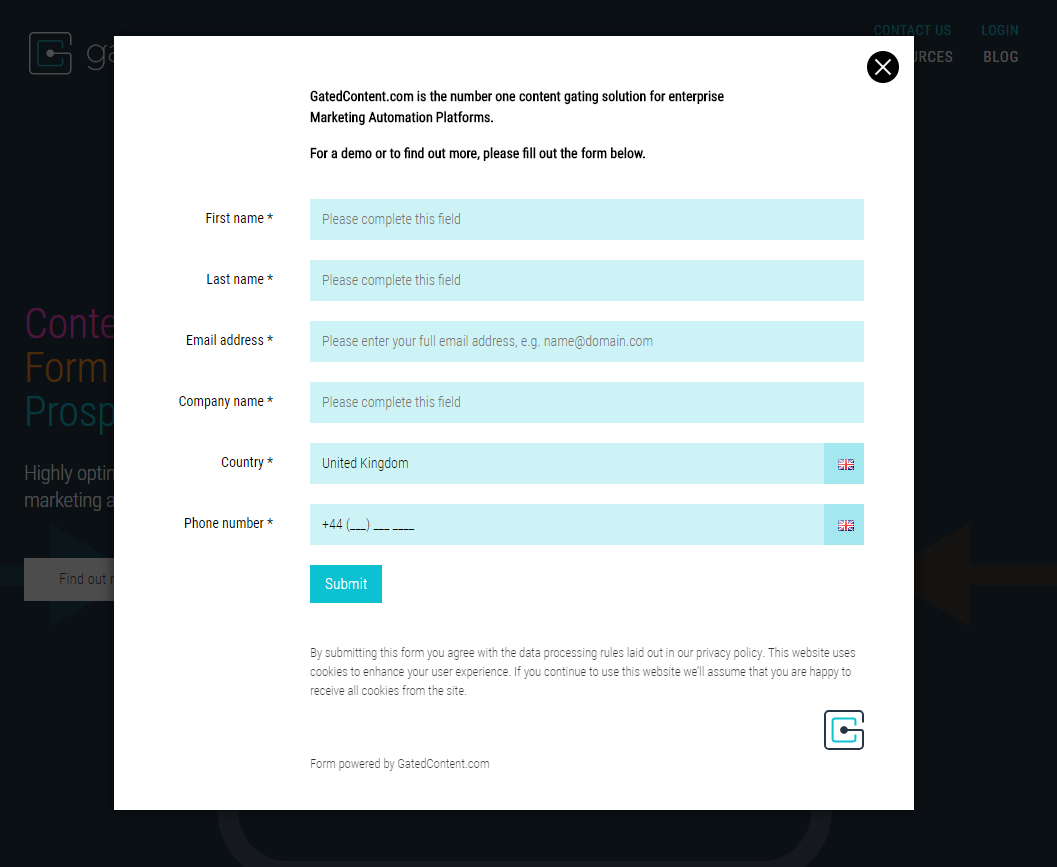 An example link using the embed code would look like this: 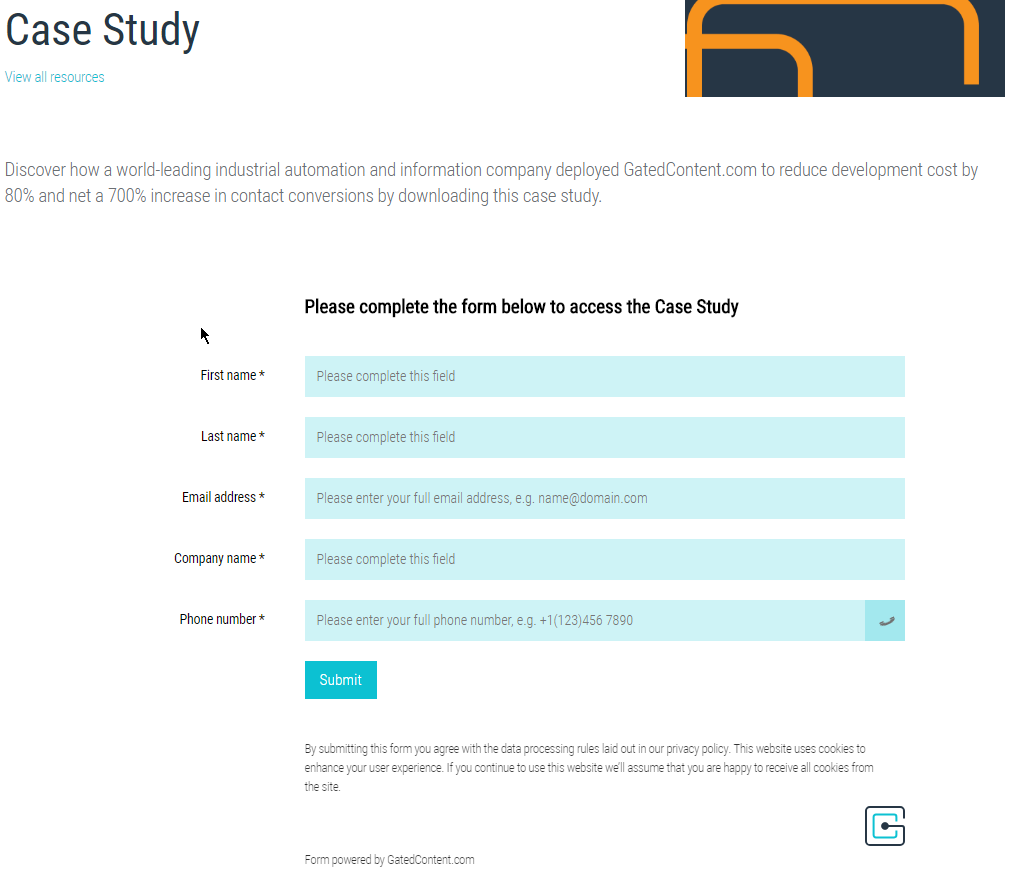 Got a question about deploying gates or having issues? Fear not, GatedContent.com is on hand, simply click "+ New Support Ticket" above.

D
David is the author of this solution article.

Did you find it helpful? Yes No

Send feedback
Sorry we couldn't be helpful. Help us improve this article with your feedback.